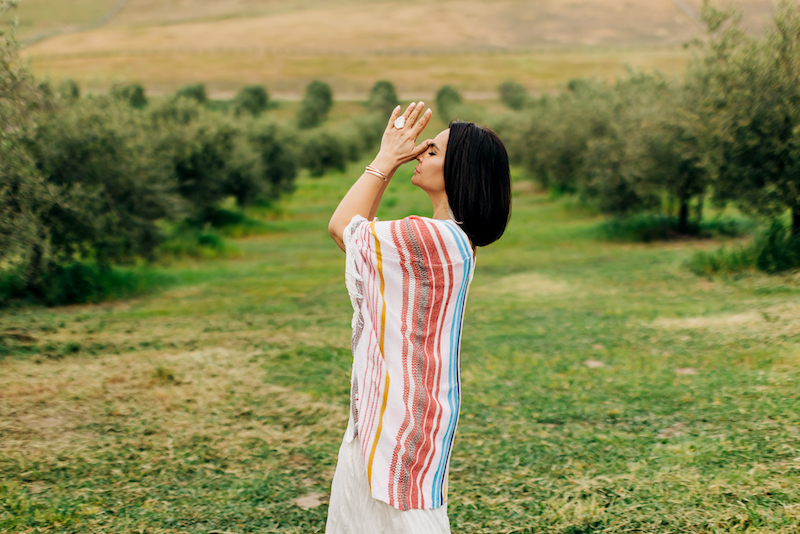 Origins:  The Foundations of Ayurveda and Yoga

Both Ayurveda and Yoga are based on the natural laws and cycles of nature.  To understand and apply either of these disciplines, one organically aligns with humanity's most fundamental understanding of life by comprehending the building blocks that sustain it.

‍
When we understand our relationship to the sun and the moon, to the seasons and the rhythms of nature, we gain a "Knowledge of Life" and the "Science of Longevity" - Both translations for the word Ayurveda.  It's not by chance that Yogin perform sun salutations daily and that the word" Hatha", as in Hatha Yoga, means sun (ha) and moon (tha). or that in Tantric practices, moon salutations--done at night, are as popular as solar practices emphasized in modern-day yoga.

On this half-a-day journey, we will consider the "Pancha Maha Bhutas"--the five elements discussed both in physics and in the ancient eastern technologies and philosophies.  We will learn how the "Doshas" of Ayurveda evolved out of our relationship to the five elements (the five acts), affecting all aspects of living and examine how we encounter life through the lens of the "Doshas".

You will have direct experience with the heating and cooling practices and foods, the treatments associated with Ha/Tha Yoga and Ayurveda and how these sciences apply to you--your dreams, thoughts, actions, relationships and which practices are best suited for you based on your constitution.   This is both a highly informative and participatory workshop.

David Moreno, E-RYT 500, YACEP, SFT, has taught at international yoga conferences, festivals, universities, and teacher training programs worldwide. He has worked privately with students in the fashion and entertainment industries and has trained world-class athletes — including the coach of the 2004/2008 Olympics U.S. Men’s Swim Team. He has also served as a product advisor and ambassador for the Canadian company Lululemon Athletica, is a certified Pilates instructor, Somatic Fitness Trainer, and ordained minister. His yoga commentaries have been published in Yoga Journal, Yoga International, LA Yoga Magazine, and Common Ground. His dance criticism and reviews are frequently featured in Culture Vulture. In addition to producing yoga DVDs, online classes and electronic books, David is also the founder of "Men's Kula: Yoga for Guys", leading workshops and specialty classes for men.

David began practising yoga in the late ’70s studying the Iyengar and Ashtanga styles of yoga before studying Anusara and the Bihar methods of yoga. He continues his studies in Ayurveda and Tantra, delving deeper into the primordial tantric roots of the yoga tradition. David is known for his keen sense of humor and timing making his teaching both playful and informative. When not traveling, he teaches in the San Francisco Bay Area.

Join our newsletter to stay up to date with all things Joya.
By subscribing you agree to with our Privacy Policy and provide consent to receive updates from our company.
Thank you! Your submission has been received!
Oops! Something went wrong while submitting the form.
CLASSESSCHEDULEMEMBERSHIPEXPERIENCESNEW MEMBER OFFERCAREERS
INSTAGRAM
FACEBOOK